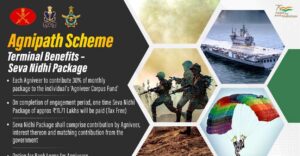 ⦿ ADP Reform is a government scheme launched to recruit young men and women in the Indian Armed forces. The Agnipath scheme was announced by the defence Minister Rajnath Singh on tuesday June 14th 2022

⦿ The plan is to recruit about 45,000-50,000 personnel below officer rank in the three services every year through a biannual exercise with a six-month gap

⦿ This scheme will be the only form of recruitment of soldiers into the three defence services Armed Force, Indian Navy and Air Forces, hereon.

⦿ Enrolment of Agniveers to all three services will be through a centralized online system, with special rallies and campus interviews at recognised technical institutes such as the Industrial Training Institutes, and the National Skills Qualifications Framework. The Model is based on an all-India merit-based selection proces

⦿ Agnipath soldiers or Agniveers will be recruited for a period of four years.

⦿ The recruits will undergo training for six months and serve for the remaining period. Currently, a soldier serves for nearly 17-20 years.

⦿ Under the “Seva Nidhi” package (which is exempt from Income Tax), they will receive about 11 lakh – 12 lakh, including contribution and interest, on completion of service

⦿The recruits will have to contribute 30% of their monthly emoluments to Seva Nidhi, with a matching contribution made by the government.

⦿ 25 percent of these recruits will be inducted back into the services and go on to serve for a full 15 years in non-officer ranks.

⦿ There will be no gratuity or pension benefits under this scheme. However, they will be provided non-contributory life insurance cover of ₹48 lakh during their service

⦿ After four years they can apply for regular employment in the armed forces. They may be given priority over others for various jobs in other government departments

⦿ Educational qualification for Agniveers will be Class 10th and 12th, the same as the criteria for regular positions in the force

⦿ To cut the ballooning salary and pension bills(For Govt Side)

⦿ The chief objective of the mission is to reduce the level of under-nutrition and also enhance the nutritional status of children in the country.

⦿ The mission is a multi-ministerial initiative and aims at removing malnutrition from the country by 2022.

⦿ The implementing agency is the Ministry of Women and Child Development, GOI.

⦿ The NITI Aayog also plays a pivotal role in the mission. The National Council on India’s Nutritional Challenges, which has been set up under the Poshan Abhiyaan, has the Vice Chairperson of NITI Aayog as its Chairperson 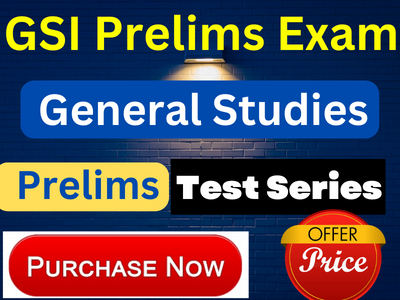 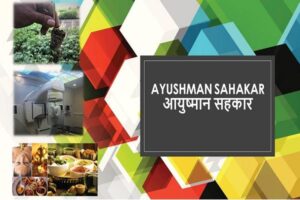 ⦿ Launched under the Ministry of Agriculture and Farmers Welfare, the National Cooperative Development Corporation (NCDC) on October 19, 2020, Ayushman Sahakar is a unique scheme to assist cooperatives to play an important role in the creation of healthcare infrastructure in the country.

⦿ Under this scheme, NCDC would extend term loans to prospective cooperatives to the tune of Rs.10,000 crore in the coming years.

⦿ Ayushman Sahakar Fund will be made available by the National Cooperative Development Corporation, and any cooperative society with suitable provision to undertake healthcare-related activities would be able to access the NCDC fund

⦿ Establishment and renovation of hospitals, modernisation, expansion and repairs of healthcare institutes and development of healthcare and education infrastructure shall be the main focus

⦿ This scheme is also in line with the National Health Policy, 2017 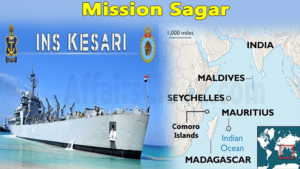 ⦿ The initiative is a vision for economic and security cooperation between India and its maritime neighbours.

⦿ A series of 3 missions were launched in 2020, which were carried out by the ships of the Indian Navy. These ships bought essential items such as medicines to the ports of India’s maritime partners

⦿ India sent INS Kesari left port on 10 May 2020 with food items, medicines and medical assistance teams. It would make its way to the Indian Ocean nations of Mauritius, Seychelles, Madagascar, Comoros and La Reunion. These nations are part of the Indian Ocean Commission of which India became an observer

⦿ In December 2020, INS Kiltan made its way towards Cambodia and Vietnam. The INS Kiltan was carrying 15 tons of Humanitarian Assistance and Disaster Relief (HADR) for disaster relief following catastrophic floods in Vietnam and Cambodia.

⦿ In March 2021, INS Jalashwa reached Port Anjouan, Comoros to deliver 1000 metric tonnes of rice to the island nation. This is the second time an Indian naval ship is arriving at Comoros. Earlier, as part of Mission Sagar I, India had delivered medicines and sent medical assistance teams to Comoros. 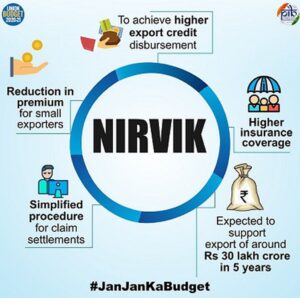 ⦿ The NIRVIK Scheme (also known as Niryat Rin Vikas Yojana) is a scheme implemented under the Export Credit Guarantee Corporation of India (ECGC) with a view to ease lending of loans and enhance credit availability to small-scale exporters.

⦿ The NIRVIK Scheme is aimed at providing high insurance coverage for exporters while reducing the premiums on small-scale exporters. It is believed that such a move will lead to higher export credit disbursement.

⦿ The scheme was announced at a time when 10 of the 30 exporting sectors showed a sharp decline with respect to outbound shipment in 2019. India’s exports in December 2019 fell for the fifth time in a row by around 1.8% to USD 357.39 billion, leaving a trade deficit of USD 118.10 billion.

⦿ MSME’s (Micro, Small and Medium Enterprises) will stand to benefit as well due to improvement in the ease of doing business and making ECG procedures much more simplistic. 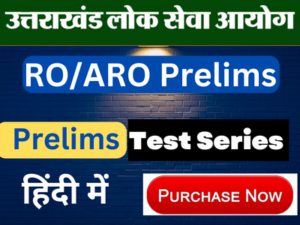 Survey of villages and mapping with improvised technology in village areas 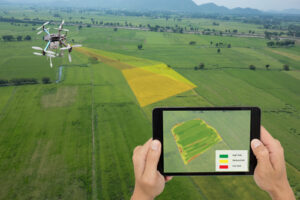 ⦿ Survey of villages and mapping with improvised technology in village areas or SVAMITVA scheme is a Central Government initiative to enable an integrated property validation solution for rural India.

⦿ This is the first time ever initiative that such a large-scale exercise involving most modern drone technology is being carried out to benefit millions of rural property owners covering all villages across the country.

⦿ In each state, the Revenue Department / Land Records Department, along with the State Panchayati Raj Department and the Nodal Ministry will work to carry out the objectives of the scheme.

⦿ SVAMITVA Property cards will be provided to the landowners by the Government authorities, under this scheme.

⦿ The mapping of areas using drones will done gradually is all the villages for a period of 4 years, starting from 2020, and ending in 2024

⦿ The Pradhan Mantri Innovative Learning Programme ‘DHRUV’ is an initiative of the Government of India, with the assistance of the Union Ministry of Human Resource Development.

⦿ DHRUV’ has been launched to enrich the skills and knowledge of a gifted child, and to encourage them achieve excellence as per their potential and help in the development of the society.

⦿ The name of the scheme, DHRUV, is based on the pole star called “Dhruv Tara”

⦿ The programme shall focus on encouraging young and talented students in the field of their interest be it science, performing arts, creative writing, etc.

⦿ Around 60 students will be selected from all over the country, studying between classes 9 to 12

⦿ These students were selected from both private and Government schools, all across the country

⦿ The theme for the project and choreography were based on environment and society-based issue.