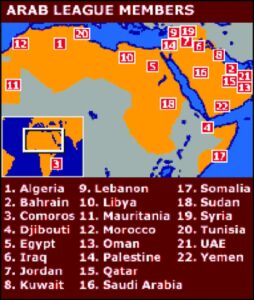 🖊 The League’s main goal is to “draw closer the relations between member states and co-ordinate collaboration between them, to safeguard their independence and sovereignty, and to consider in a general way the affairs and interests of the Arab countries.