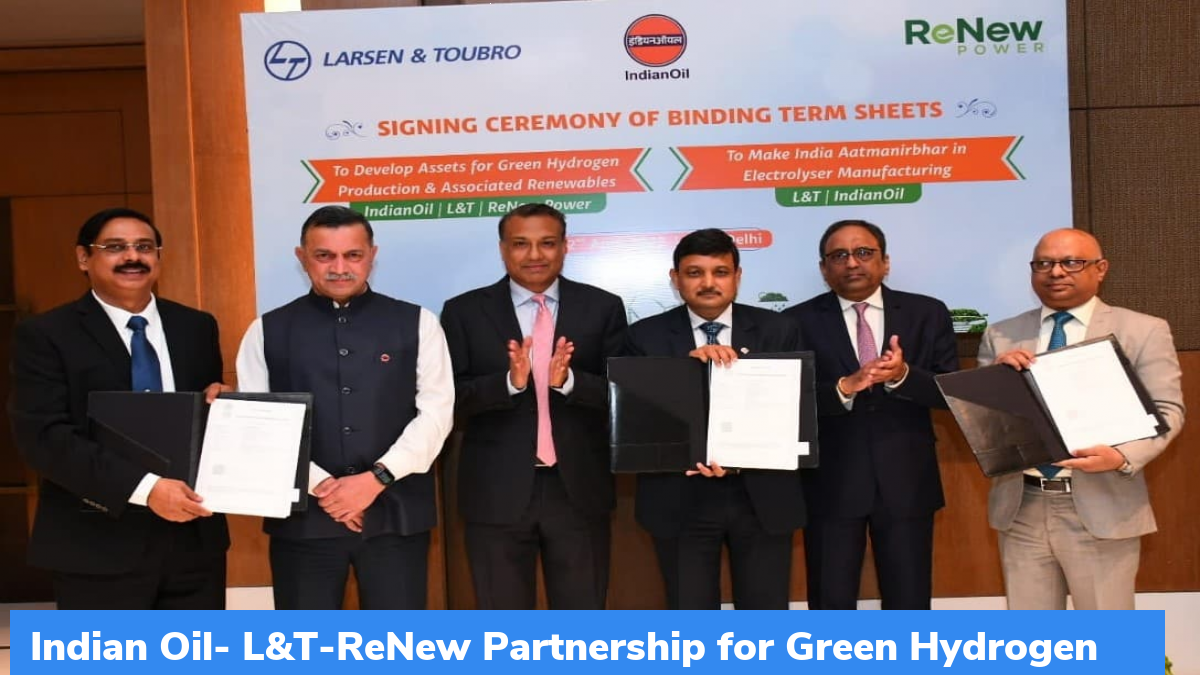 🖊 India plans to produce 5 million tonnes of green hydrogen by 2030.

🖊 Both these JVs aim to enable the nation’s ‘Aatmanirbhar Bharat’ mission to rapidly build, expand, and bring in economies of scale to make green hydrogen a cost-effective energy carrier and a chemical feedstock for many sectors

🖊 Under this agreement L&T’s stronghold in executing, designing, and delivering procurement, engineering, and construction projects, ReNew expertise in developing renewable energy solutions, and Indian Oil’s expertise in petroleum refining will be clubbed together to form the joint venture company.

🖊 This company will be focusing on developing green hydrogen projects with the aim of supplying Green Hydrogen at an industrial scale across the country.

🖊 Hydrogen is a clean fuel that, when consumed in a fuel cell, produces only water

🖊 Hydrogen can be produced from a variety of domestic resources, such as natural gas, nuclear power, biomass, and renewable power like solar and wind

🖊 Hydrogen fuel can be produced through several methods like :-

🖊 The Union Budget for 2021-22 has announced a National Hydrogen Energy Mission (NHM) that will draw up a road map for using hydrogen as an energy source.

🖊 Blue Hydrogen:
Sourced from fossil fuels.
By product: CO, CO2
By products are Captured and Stored, so better than grey hydrogen.