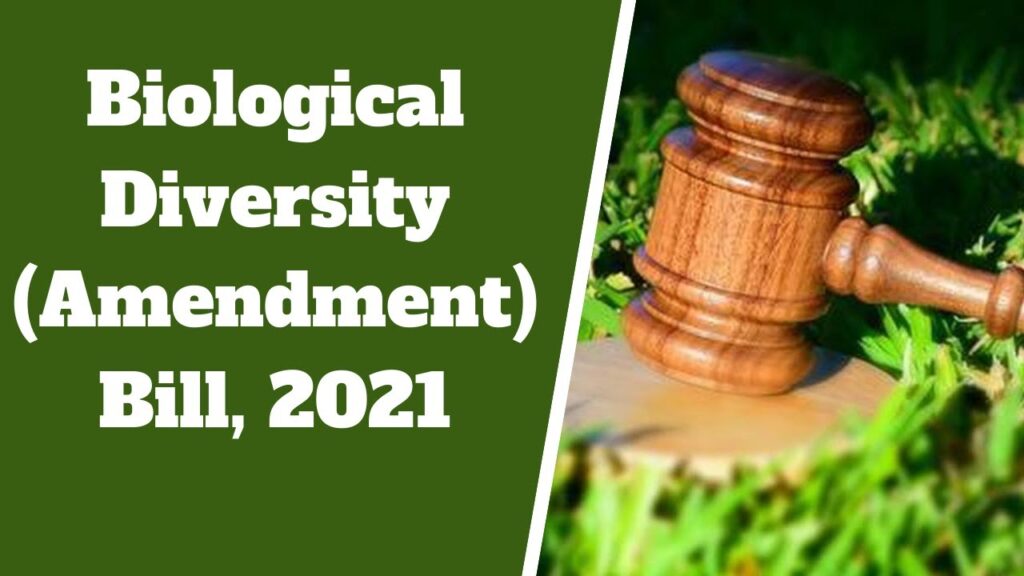 🖊 The Biological Diversity (Amendment) Bill, 2021 was recently introduced in Lok Sabha and then referred to a
joint parliamentary committee (JPC).

🖊 It was enacted to provide for the conservation of biological diversity, sustainable use of its components and fair and equitable sharing of the benefits arising out of the use of biological resources and knowledge.

🖊 Biodiversity Management Committees (BMC) are responsible for preparing People’s Biodiversity
Registers which keep a record of all flora and fauna including details of traditional knowledge available
in their region.

🖊 Registered AYUSH medical Practitioners, people accessing codified traditional knowledge, cultivated medicinal plants and its products, people who are practicing indigenous medicine including Indian systems of
medicine for sustenance and livelihood are exempted from giving prior intimation to SBB for accessing biological resource from certain purposes.

🖊 The provision which made offences under the act cognizable and non-bailable wa deleted. However, penalties may extend upto ₹1 crore.

🖊 State government will prescribe the composition of Biodiversity Management Committees, whose strength has been fixed between seven to eleven members.

🖊 Central government can delegate the power to notify any species which is near-extinction as a threatened species to the state government.

🖊Before notifying any threatened species, the state government must consult the NBA.